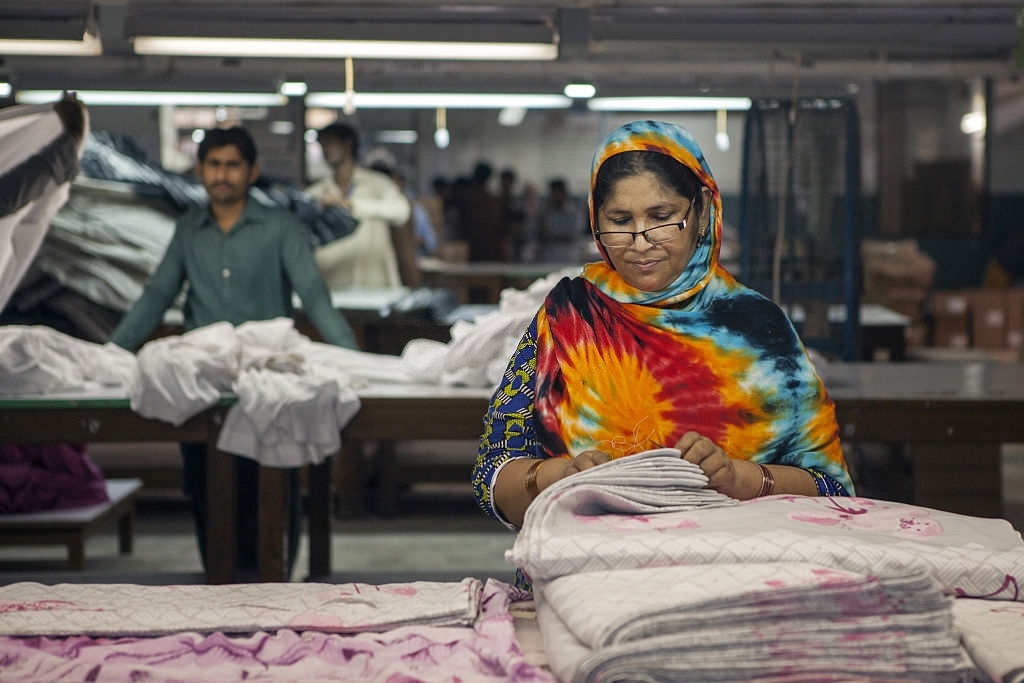 The textile industry collapses under the electricity crisis

CARACHI: Pakistan’s textile exports are set to fall dramatically as the sector is hampered by a nationwide energy crisis forcing daily power cuts at factories, an industry leader warning of ‘a state of emergency’ for the manufacturing center.

The nation is in the midst of a severe economic crisis, with rampant inflation, a depleted rupee and dwindling foreign exchange reserves hampering energy imports.

Meanwhile, a heat wave has caused demand for electricity to surge, leaving a deficit of more than 7,000 megawatts – a fifth of the country’s generating capacity – on some days this month, figures from the government.

The energy shortage has hit the vital textile industry, which supplies everything from denim to bed linen to US and European markets, and accounts for 60% of the country’s exports.

“The textile industry is in a state of emergency,” said Qasim Malik, vice president of the Sialkot Manufacturing Center Chamber of Commerce. AFP.

As authorities are forced to ration power supply with staggered power cuts, Malik said the ‘unannounced and unplanned’ outages are disrupting the textile supply chain, which ’causes millions of rupees in losses’ .

“If the power cuts were to persist, there could be a drop of more than 20% in exports,” warned Sheikh Luqman Amin of the Ready Made Garments Manufacturers and Exporters Association of Pakistan.

Large factories tend to have independent power plants, leaving small and medium factories in cities like Lahore, Faisalabad and Sialkot most at risk.

Homeowners have complained of power cuts of 8 to 12 hours a day and face the dilemma of lower production or installing gasoline-powered generators, the cost of which is also rising sharply.

“We cannot accept new orders as we are already behind previous ones,” said Usman Arshad, owner of the Sialkot garment factory.

Despite the country’s economic woes, textile exports jumped 28% to a record $17.67 billion in the July-May 2021-22 fiscal year, the Textile Mills Association reported this week. of Pakistan (APTMA).

The industry was boosted by the end of the coronavirus pandemic, when it was released from restrictions earlier than regional rivals India and Bangladesh.

The ledger includes a series of measures to convince the International Monetary Fund (IMF) to revive a stalled $6 billion bailout.

Monitoring of production costs in the textile industry