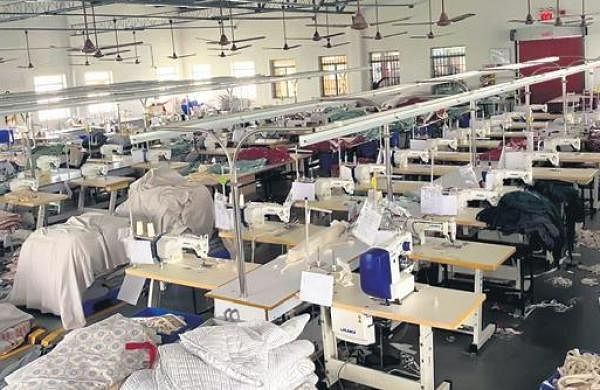 TIRUPPUR: Textile industries including export and local manufacturing, weaving and knitting, dyeing and sewing units in Tirupur, Erode and Karur districts which employ over 10 lakh, started a strike on Monday two days condemning the increase in the price of yarn and cotton.

The President of the Garment Unit Owners Association, MP Muthurathinam, said, “Over the past four months, the Garment Units have been hit due to rising yarn prices. We are unable to renegotiate agreements with buyers from foreign countries. Thus, the union government should enforce an immediate ban on the export of cotton and cotton yarn. In addition, cotton should be on the list of essential products.

More than 10,000 stores, bleaching, processing and dyeing units across Erode remained closed. Erode Cloth Merchants Association President V Kalaiselvan told TNIE: “The industry has been in decline for 18 months. The price of 40 count yarn has doubled from Rs 200; over 30s from Rs 170 to Rs 330; and 20, Rs 140 to Rs 260.”

In Salem, yarn traders staged a strike on Monday and more than 500 stores in the neighborhood remained closed. Salem District Yarn Merchants Association President Saravanan said the Center should ban the export of cotton. On Monday, a meeting was organized by the Association of Fabric Manufacturers of Tamil Nadu with nine organisations. The association’s president, A Alagarasan, said that all raw materials used in the textile sector should be on the list of essential products. In Karur, 400 export units and 400 domestic players, yarn traders, dye printing units and sewing units are taking part in the strike.

P Gopalakrishnan, Chairman of Karur Textile Manufacturers Exporters Association, said that since Q2 2021, Karur cluster faces many challenges due to abnormal price rise: “When factories are operating at full capacity, we doubt that they are artificially creating demand to raise prices. We are unable to book new orders from overseas customers and we are unable to fulfill already booked orders due to fluctuating prices,” he said.

(With contributions from Salem, Erode & Karur)