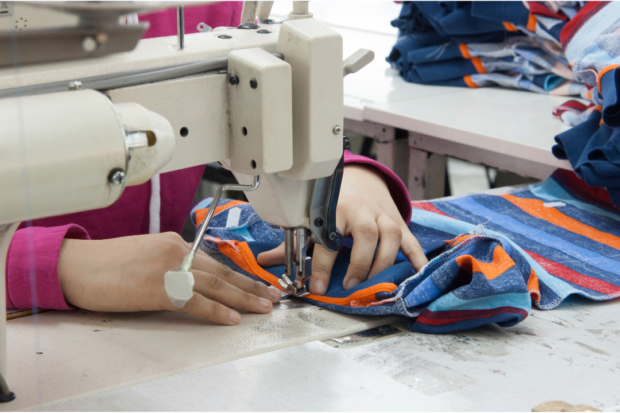 The Philippine textile industry will need to overcome several challenges before it can join other more progressive countries in using robotics to boost production, including significant investment in high-tech machinery, as well as opposition to a possible loss of human jobs in the sector.

Robert Young, president of the Overseas Buyers Association of the Philippines (Fobap), said on Friday that while he believes automation is the future of the garment and apparel industry, local businesses should still overcome some contentious issues before it can be widely implemented. in the production and manufacture of clothing.

Young, whose trade group members are buyers and exporters of apparel and durable goods, said these issues include the high cost of purchasing robots and tools, higher maintenance requirements and the need for trained technicians in the event of equipment failure.

“It’s every garment company’s dream, but as I said, the cost of these robots and maintenance is too prohibitive for medium-sized factories. This is only for large operations like factories with [more than] 3,000 workers,” he told the Inquirer, explaining that most factories in the Philippines only employ 300 to 500 workers.

Young also mentioned that it might be cheaper today to stick with traditional manufacturing instead of using robotics, given the cost of cheap labor and the abundance of human workers.

He also mentioned that this type of automation could face resistance in countries like the Philippines, with companies switching to this method of production facing protests from unions and other similar groups.

“It should be the prerogative of factory owners, I know the Dole (Department of Labor and Employment) or any other government body has no rule against modernization. However, the massive displacement of workers may or may be a problem,” Young said.

The Fobap official said that many production processes can be done by robotics, including sewing, knitting, cutting, among other tasks that usually require human hands.

Young made the statements in response to questions about the growing use of robotics in garment manufacturing in some European countries.

Meanwhile, the FOBAP official said two Asian investors among several companies keen to set up new textile factories in the Philippines have started eye-sights on potential areas that could be suitable for business.

He said he accompanied these investors to visit the Freeport area of ​​Bataan, adding that they would also visit other areas to look at other prospects.

“They’ve indicated that they will definitely apply some automation, maybe partially at first, because we have to do a lot of orientation and familiarization,” Young said when asked for comment if those investors were considering to automate certain production processes.

He also said that these investors plan to bring in specialized personnel from abroad to train workers who will be hired here in the Philippines.

“Robotic automation requires highly skilled professional trainers and the majority will be foreigners. Unfortunately, we haven’t heard about the availability of local technologies,” he said.

In a previous interview, the FOBAP official said planned investments by about nine companies planning to set up textile factories in the Philippines are expected to generate about 9,000 jobs initially, as well as increase garment and textile exports by 500. million dollars per year.

Annual garment and textile exports from the Philippines are currently valued at around $1.5 billion, growing 10% annually, according to Young.

Major export markets for these goods include the United States and the European Union, as well as a number of countries in Asia.

Factors shaping the future of the textile industry