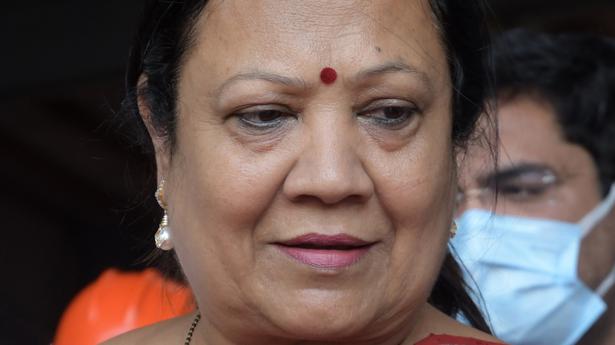 The Center is giving a boost to the textile and garment industry to capitalize on the traditional strengths of the man-made fiber (MMF) sector, State Minister for Textiles and Railways Darshana said on Wednesday. Vikram Jardosh. The focus would be on manufacturing, infrastructure, technology, innovation and skills, she added.

Opening a virtual conference on “The $450 Billion MMF Global Textile Trade: A Growth Beacon for the Indian Textile Industry”, organized by the Confederation of Indian Textile Industry (CITI), the Minister said that the India still had a long way to go to become a leading manufacturer. of MMF textile products worldwide. While the industry would face fierce competition from established players in the industry – China, Taiwan, South Korea, etc., rising labor and manufacturing costs in these countries would offer many opportunities for Indian actors. Indian industry could attract global investment to produce high value added MMF products.

Industry captains should give a boost to the MMF sector by investing in it and making the most of programs like Production Linked Incentive, PM MITRA, etc. Indian youth,” she said.

Textiles Secretary Upendra Prasad Singh said the world is embracing the China+1 policy and now is the time for Indian textile manufacturers to boost trade in MMF products. The Center was aware of the challenges of the MMF sector. However, it would only adopt the right policy measures keeping in mind the interests of the larger segment.

T. Rajkumar, President of the Confederation, urged the Center to bring the entire MMF value chain under 5% GST to solve the problem of the reverse duty structure and also sought production and development programs of MMF raw materials similar to those of natural raw materials. fibers.